What is Severe Anemia?

Red blood cells are derived from precursor cells in the bone marrow. These cells undergo differentiation and proliferation to generate reticulocytes and then mature red blood cells. By adding the test compounds to bone marrow cells in a semi-solid methylcellulose matrix, we can evaluate their effect on the clonal growth of the BFU-E (burst forming unit- erythroid) derived cell. This assay has been useful at predicting severe anemia clinically. By adding the drugs to a liquid culture system with primitive bone marrow cells with specialized cytokines, we can see the maturation and development of reticulocytes and red blood cells by flow cytometry. These assays may be performed on bone marrow derived from multiple species (see below) including many animals which are used routinely in toxicology studies.

We have the ability to evaluate the effect of test compounds on the red blood cell populations through CFC (colony-forming cell) assays and liquid culture assays.

CFC assays - The erythroid progenitor assays (BFU-E and CFU-E) allow us to evaluate some of the very primitive precursors of red blood cells. Bone marrow cells are suspended in a semi-solid matrix (e.g. ColonyGEL™), allowing the development of 3D colonies.

Erythroid progenitor assays (BFU-E and CFU-E), cultured in a semi-solid matrix (e.g. ColonyGEL™), in the presence and absence of test compounds are scored at the conclusion of the drug treatment with IC50 values recorded. Individual erythrocyte progenitor-derived colonies may be plucked from the matrix and assessed for gene expression. Kinetic assessment of reticulocyte and red blood cell production is possible by flow cytometry with cells cultured in a liquid platform.

Sickle cell anemia  is a group of disorders that affect hemoglobin, the molecule in red blood cells that delivers oxygen to cells. This genetic disease affects approximately 3.2 million people, and an additional 43 million people are carriers. There are variants of this disease with some having milder forms due to an increase in Hemoglobin F, a form of the protein which is typically dominant in utero and up to 6 weeks post birth and which has better oxygen carrying potential. More recent approaches to treating this disease include the generation of reticulocytes in culture and the development of drugs that induce Hemoglobin F. Polycythmia vera (PV) is a disease in which the bone marrow produces about double the number of red blood cells, thus making the blood thicker and putting patients at risk for heart attacks and stroke. A mutation in the JAK-2 kinase is strongly associated with the disease and is a target for much drug development. Our platform of assays can also address the process of drug-induced anemia. 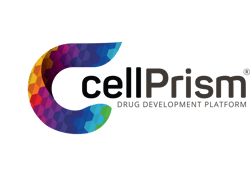