We work with a variety of compound classes ranging from small molecules to large complex biologics. Whether the project is screening a batch of compounds for toxicity testing, studying mechanism of action of a particular compound or evaluating compound efficacy, we work with our clients to employ the most appropriate assays to tackle these questions.

We have worked with many clients where the FDA has recommended the use of NHP’s in nonclinical safety studies of Biological Therapeutics.

Biologic compounds are increasingly attractive to develop due to the tremendous benefits they offer when treating complex and challenging diseases that have been difficult to address with other molecules (e.g. small molecule therapeutics). The list includes a wide variety of compound classes:

Since many biologics are forms of naturally occurring human molecules, they’re able to target their intended ligands more specifically than many small molecules, which often have undesirable promiscuity and off-target effects. It might, therefore, be expected that the specificity of large molecules could render them ‘superior’ to classic small molecule drugs with respect to “off-target” adverse effects. Unfortunately, there are often unpredictable and complex adverse reactions associated with large molecule biologics as well. These adverse reactions are heterogeneous. Many are immune related and result in negative responses such as cytokine release syndrome/cytokine storms and off-target cytotoxicity such as complement-dependent, antibody-dependent and T cell mediated cytotoxicity. Similar to small molecules, biologics may also cause various types of myelosuppression. 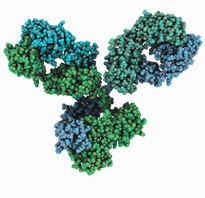 Antibody-based drugs are a very successful class of biotherapeutics. The field is continuously being propelled forward by the identification of new potential disease-associated targets as well as new technologies for antibody engineering. In addition to genetically engineered monoclonal antibodies (human, humanized or chimeric), antibody-based therapeutics now include bi-specific antibodies and antibody-drug conjugates.

Due to the large size of these molecules, we’ve developed a new two-phase culture system, whereby the cells are incubated with the biologics in a liquid medium (to facilitate binding), prior to transfer to the semi-solid matrix. We have helped many clients evaluate their antibody-based therapeutic candidates for both functionality and potential toxicity.

Small molecule drugs continue to be an important component of the drug development industry. Small molecules have been developed as effective ligands interacting with membrane receptors, ion channels and enzyme active sites. Their relatively small size (typically less than 600 daltons), compared to larger biologics, allows for better diffusion across cell membranes to reach intracellular targets. Further, they are generally stable and able to be administered orally, usually not immunogenic and are less complicated and costly to manufacture.

We use a variety of assays for ascertaining efficacy and toxicity questions with our clients’ small molecule compounds.  We utilize these assays to understand the effects of a variety of compounds including anti-virals, HDAC inhibitors and kinase inhibitors.

Click here for an overview of our cellPrism® assay platform.

Tyrosine kinase inhibitors (TKIs) are small molecules that are generally designed to fit into the active site of both receptor and non-receptor tyrosine kinases, thus inhibiting the enzymatic (phosphotransferase) function. Since aberrant functioning or overexpressed tyrosine kinases are now known to be the primary cause of many cancers, specific TKIs have become the first-line treatment for certain patient groups (e.g. CML, myelofibrosis, AML, MM). These successful new therapeutics have shown remarkably high response rates for a number of diseases, spurring intense interest in the development of novel TKIs targeting a variety of disease-associated kinases.

However, TKIs are known to have significant myelotoxic liabilities, and most cause some degree of myelosuppression, with neutropenia and thrombocytopenia being the most significant.

We have used a panel of approved therapeutic TKIs as a model system to evaluate the predictiveness of in vitro CFC (colony-forming cell) assays for clinical myelosuppression. Specifically, we tested the ability of the CFU-GM assay to predict the level of clinical neutropenia reported to be caused by these TKIs. Our results demonstrate that the in vitro CFU-GM IC50 values correlated extremely well with reported clinical neutropenia for all TKIs tested. 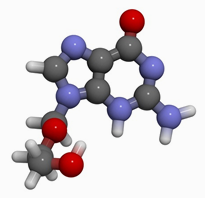 Despite successful therapeutic progress targeting a variety of viral infections and diseases (e.g. HIV, Hep B, herpes viruses), antiviral drug development continues to be plagued with toxic side effects. Selective targeting of viruses is difficult to achieve due in part to the obligate intracellular ‘parasitic’ nature of viruses. Also, the classical nucleoside analog antiviral agents have typically had effects on the nucleic acid synthesis of normal cells, resulting in toxic side effects in tissues with rapidly dividing cells.

We work with clients during preclinical development of antiviral agents to help them predict and rank the potential of their drug candidates to induce myelosuppression (anemia, neutropenia, thrombocytopenia).

Traditional chemotherapy protocols typically utilize cytotoxic agents that target and kill rapidly proliferating cells – one of the characteristics of most cancer cells. These cytotoxic agents generally interfere with RNA and DNA synthesis or cell division, and therefore, affect cell growth by various mechanisms of action.

Examples of typical cytotoxic agents include:

Since these traditional chemotherapeutic agents have the greatest effect on rapidly dividing cells without discriminating normal vs. cancer cells, these drugs also affect the rapidly dividing cells of the intestine and bone marrow, with gastrointestinal toxicity and myelosuppression being common side effects.

More recently, newer antineoplastic agents are being developed that are designed to target cancer cells while having less effects on non-target normal tissues. These agents fall into a variety of classifications from small molecules to large and complex biologics. Examples include imatinib and erlotinib (tyrosine kinase inhibitors), bevacizumab, ocrelizumab and rituximab (monoclonal antibodies), carfilzomib (peptide proteasome inhibitor), brentuximab and vedotin (antibody-drug conjugate). However these molecular targeted therapies, used either alone or in combination with other antineoplastic agents (combination therapies) often present unexpected toxicity, including bone marrow suppression.

For a growing number of diseases (e.g. AML, CML, MM, and NHL), combination therapies are being employed, due in part to their superior efficacy compared to monotherapies and because initial clinical trials with new drugs are often given in combination with standard of care drugs. There are a number of publications that cite the benefits of combination therapy over monontherapy, but this type of treatment often comes with increased toxicity.[1,2]  While combining multiple agents is often beneficial for disease progression, the adverse effects may be unexpected and difficult to predict.

To assess additive or synergistic toxicity, we can perform assays on either normal or diseased bone marrow using combinations of compounds. Additionally, a protective effect by one compound can also be detected using these multi-compound assays.

This figure demonstrates inhibition of CFU-GM with combination therapies as compared to single agents.

Radiosensitivity is the relative susceptibility of cells, tissues, organs, organisms, or other substances to the injurious effects of radiation. In general, it has been found that cell radiosensitivity is directly proportional to the rate of cell division and inversely proportional to the degree of cell differentiation. In short, this means that actively dividing cells or those not fully mature are most at risk from radiation. Therefore, there is great interest in the development of effective radioprotectors and radiorecovery drugs for the hematopoietic system, which is continuously producing cells.

Sustained exposure to a variety of chemicals in food, air, water and household products raises concerns of potential health hazards.  Studies on a variety of environmental compounds show their ability to exhibit various degrees of toxicity on the hematopoietic system. Many of these compounds can be evaluated for hematotoxicity using in vitro CFC (colony-forming cell) assays.

Examples of environmental toxic compounds include:

Please CONACT US to speak to a scientist today.