Hemoglobinopathies, including β-thalassemias (β-thal) and sickle cell disease (SCD), are a group of inherited blood disorders, most of which arise from mutations in the β-globin gene (HBB) cluster on chromosome 11 that encodes the β-subunit of hemoglobin (Hb).  β-thal is characterized by a reduction in the production of adult Hb (HbA), whereas in SCD, the HbA produced is abnormal, causing the red blood cells (RBCs) to stiffen and adopt the “sickle” morphology.  The result in many cases is severe anemia (very low RBC counts) and/or changes in the structure of the RBC, both of which compromise the ability of the hemoglobin to transport oxygen (O2) throughout the body. 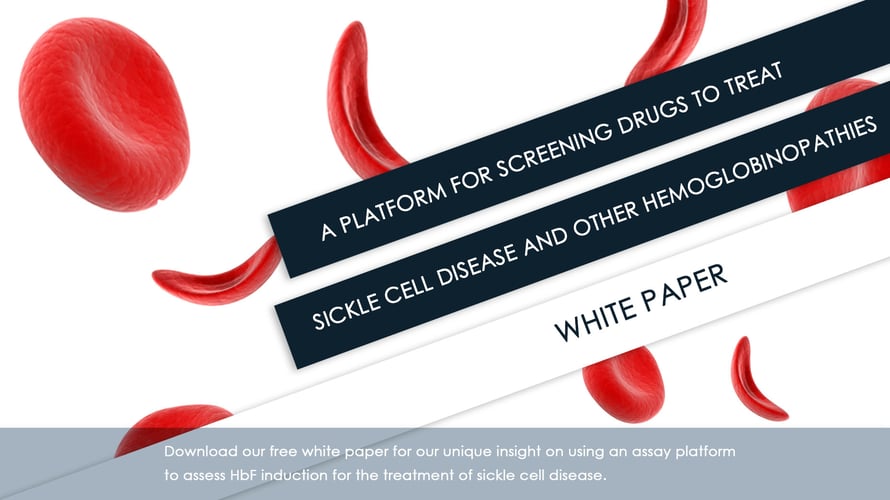 Clinical severity of SCD, in particular, can be reduced by enhancing expression of the γ-globin gene (HBG) that encodes the γ-subunit of fetal hemoglobin (HbF), which is the main O2 transport protein in the fetus, and has a higher affinity for O2 than HbA.  The approved drug, hydroxyurea (HU), is believed to increase HbF levels and is the current ‘standard of care’ drug for the treatment of SCD, but has had very limited success in treating β-thal, with only minor elevations in HbF achieved.  Coupled with 30-50% of SCD patients being unresponsive to HU, the need for other good drug candidates remains high.

ReachBio’s HbF drug screening platform is a serum-free assay format where unaffected primary human bone marrow cells can be expanded in the presence of various cytokines in a two-step culture system:

Initial Stage – Synchronization of the cells

Read-Out is by Flow-Cytometry

Screening of new potential drug candidates may be performed alone or in conjunction with HU, which may have efficacy clinically in those with poor responses to HU.

For further details on our assay formats and representative data, please download the white paper.