Kinase inhibitors (KIs) represent a new class of rationally designed drugs. The success of Imatinib, targeting the ABL tyrosine kinase in CML, has prompted the development of other KIs for the treatment of various cancers and inflammation. Although more successful than conventional therapies, myelotoxicity and cardiotoxicity are often major side effects of KIs. In order to predict if newly developed molecules demonstrated significant myelotoxicity or cardiotoxicity, we assessed a number of TKIs using in vitro models. To assess myelotoxicity, a human bone marrow progenitor assay (colony forming cell or CFC assay) previously validated by ECVAM was used. To assess cardiotoxicity, mouse ES cell-derived cardiomyocytes were used as a primary-like cellular platform in an in vitro cytotoxicity assay.

For the in vitro myelotoxicity assay, clonogenic progenitors of the human myeloid (CFU-GM) lineage were set up in the methylcellulose-based media formulation (R&D Systems, MN). Six KIs were selected for testing: Imatinib, Lapatinib, Erlotinib, Dasatinib, Sorafenib and Sunitinib. These were chosen based upon their different target and disease specifications (Table 1) as well as reported differences in their clinical toxicity profiles. The KIs were added to the medium to give final concentrations ranging from 100 to 0.001 µg/mL. Solvent control cultures were also initiated. The cultures were set up in triplicate with normal pre-qualified human bone marrow (ReachBio, WA) from three different donors. Following incubation at 37°C, 5% CO2, for 14-16 days, the colonies were assessed and scored by trained personnel.

For the in vitro cardiotoxicity assay, mouse ES cell-derived cardiomyocytes (Cor.AT® cells, Axiogenesis, Germany) were plated in 24-well plates at 20,000 cells per well (6 replicates per condition) in Cor.At culture medium. The cells were cultured for 14 days so as to obtain a mature phenotype. The KIs were then added at concentrations ranging from 10-4 – 10-9 M. Cell death was measured by neutral red uptake 48 hours after the addition of KIs. The KIs were also added for the same amount of time and at the same concentrations used with the cardiomyocyte cultures to cultures of mouse embryonic fibroblasts (used as non-specific control cells), and fibroblast cell death was assessed by neutral red uptake.

The IC50 values derived from the in vitro CFC assays allowed us to rank the CFCs in terms of myelotoxicity (Figure 2). Remarkably, there was a direct correlation between the reported clinical myelotoxicity and the IC50 values derived from the CFC assays, with lower IC values associated with increased neutropenia (Table 2, Figure 1). Dasatinib was the most toxic KI (IC50 value: 0.008 ug/mL) and Lapatinib was the least toxic (IC50 value > 100 ug/mL), Table 2, Figure 2).

There was also a strong association between published clinical cardiotoxicity (e.g. myopericarditis, ischemia, pericarditis, myocardial infarction) and the in vitro effect of the KIs on mature (day 14) cultures of cardiomyocytes derived from mouse ES cells (Cor.At® cells) (Table 3). Sorafenib was the most toxic KI where as Erlotinib and Lapatinib demonstrated the least toxicity (Table 3 and Figure 3). The profile of toxicity of the KIs on mouse ES-derived cardiomyocytes was not the same as that from mouse embryonic fibroblasts, suggesting that specific cardiomyocyte toxicity could be distinguished from a more generalized cytotoxic effects in these assays (Table 3). 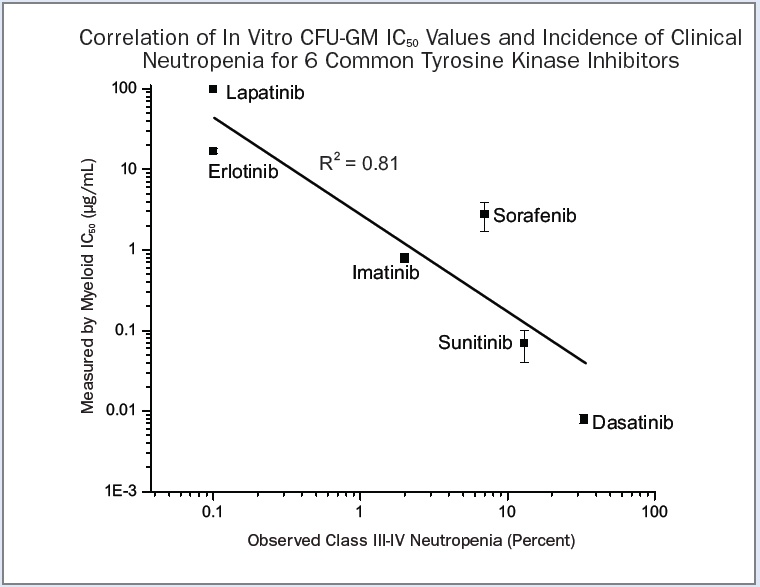 Figure 2  Kinase Inhibitor Myelotoxicity may be Ranked, based on CFU-GM Assay