Antibody drug conjugates (ADCs) combine the benefits of both therapeutic monoclonal antibodies (mAb) and potent small molecule cytotoxic drugs.  These moieties are connected through linkers that should be stable within systemic circulation, while maintaining the ability to cleave within the mAb-targeted cells to release highly specific payloads. 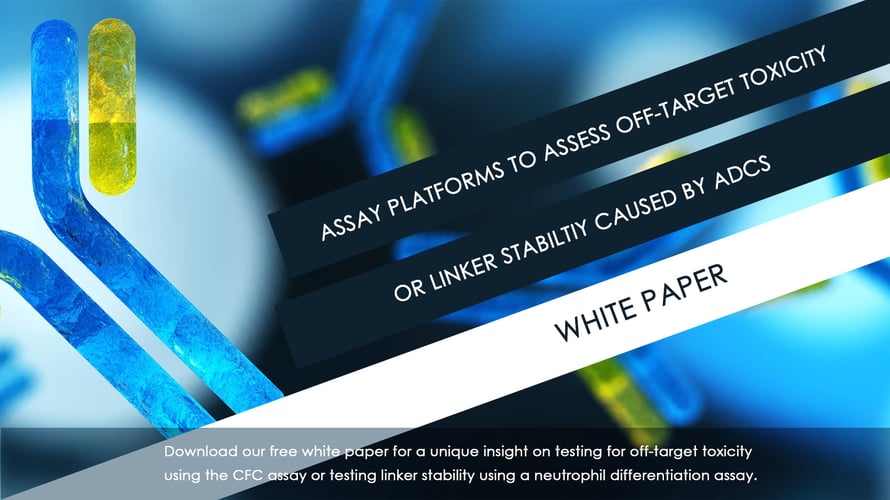 Although ADCs are designed for ‘targeted killing’, some ADCs appear to have significant ‘off-target’ toxicities causing adverse events that include neutropenia and thrombocytopenia which have necessitated some clinical trials being terminated early.

We have two distinct assay platforms to assess cytotoxicity caused by ADCs.

Linker Stability Assay – We have adopted the neutrophil differentiation assay (by Zhao et al., 2017), whereby neutrophils cause their own demise by releasing enzymes which cleave the payload from the antibody and thus kill developing neutrophils.  Using primitive human bone marrow progenitor cells and specialized cytokine formulations, we can induce neutrophil development in vitro.  By adding the ADCs to this assay platform after the development of the neutrophils, we can assess the stability of various linkers.